Last year in autumn we attended the first Drupal Camp Pannonia and it was a blast! Organization, speakers, attendees, side content and details, everything was perfect. Not to mention the legendary party, great food, and snacks.

Drupal Camp Pannonia in it’s second year proves that quality, and great feedback that  everybody gave the first year, can be improved and pushed to the new limit. This year maybe with fewer attendees, it is holiday season after all, but with more ease in everything that was happening.

The minute you arrive and see that the welcoming party is a full buffet, several coffee machines and a fridge full of cool beverages, you understand that there was someone thinking about what people want to see in the morning. Attention to detail is evident when you register and receive your welcoming package, which is a very nicely designed backpack full of goodies. 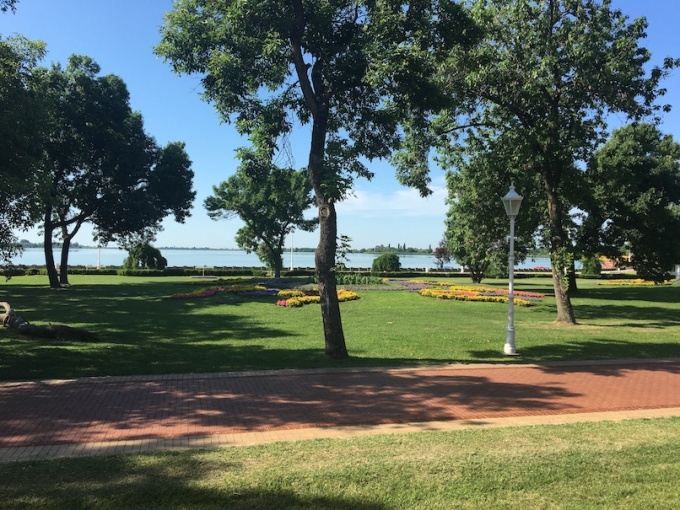 Event coverage was great with professional photographers and session recordings. And now we are all waiting for now-famous sketches, photos and videos to be uploaded.

Evening events were hosted and organized with care, and Friday party Band gave us the chills, it was so good!

Attendee and speaker mix was really great, from rock stars to first time presenters, seasoned camp dwellers and first time attendees. Although it was recognized that we all as community in general have problems attracting new people, especially from younger groups, it was good to see some first time attendees.

Even though all sessions were very good, in my opinion much better than last year, several draw my personal attention.

Gábor Hojtsy presented what is ahead of us in regards to Drupal 9. Without going into details, his main points were:

Biggest impression for the majority of people I talked to, is the way we are going to transition to Drupal 9 and how Drupal 9 is going to be released based on Drupal 8 directly. Given what headaches we survived during Drupal 8 development and what all of us invested into switching to work with Drupal 8, my personal opinion is that current planning for Drupal 8 and 9 releases is a huge, huge thing. 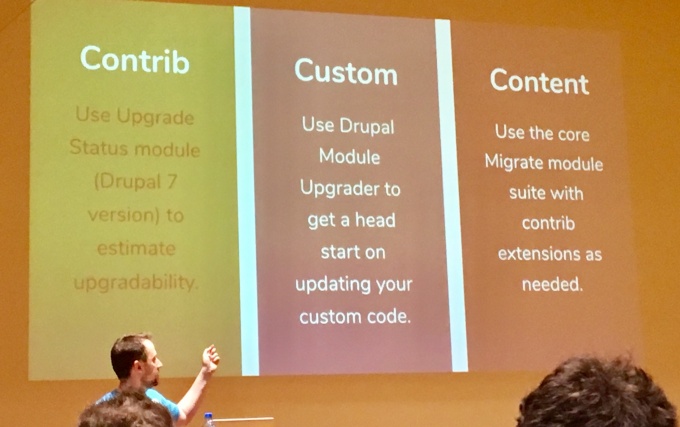 Slides from session are open sourced and can be used for your own presentation http://hojtsy.hu/blog/2019-may-03/present-your-own-state-drupal-9-sessi…

The Layout Builder Is Here!

The only reason I did not put Layout Builder as the  number one point is the importance of Drupal 9 in general. But Layout Builder is maybe the most important feature Drupal 8 has at the moment. It has the potential to provide never before seen UX for content editors, endless possibilities for developers to implement on specific projects and provide a huge selling point for Drupal. ThatOtherCMS, lookout, we have turbo now! 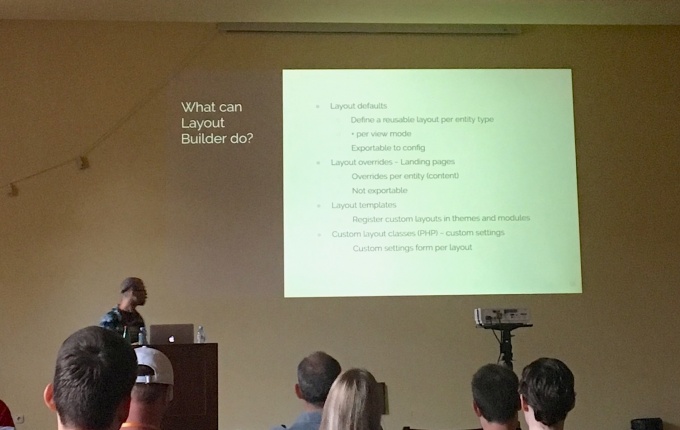 The session was presented by Gabor Janos Kurucz from Pronovix, it was nicely paced and had great demos.

Session by Balázs János Tatár (@tatarbj) from Petend was the most original session. We had a great time playing Security bingo, having our mind twisted with questions most of us think we know, but when presented like this, everything is uncertain!

This, however, did not make the topic any less serious and I recommend everybody to check it out, regardless of your role: site builder, themer, backend developer or all of the above.

My only regret is that Belgian chocolate went to somebody else. But that also acted as an incentive to improve and become more secure! :)

The Future of Drupal Theming

Mathieu Spillebeen (@MathieuSpil) from the Compony.io, and one of the main organizers of Frontend United (and visionary ReUnited events, which is the future of events!) presented his vision for the future of Drupal theming.
Regardless of the fact that I, personally, am not a themer, I was thrilled to see:

We will seriously assess how we can integrate these improvements into our current theming / frontend workflow.

It was once more confirmed that smaller regional / local events have more soul and are more pleasant to visit than the larger ones. We hope that the organization stays strong and that the event is sustainable.

On the other hand, it is clear that there is much more work to be done on the promotion and expansion of Drupal and Drupal community, globally and locally. This is something that is on all of us.